How to get à remote discovery session

Send an e-mail trough the contact section of the site with your phone number.

you will receive the necessary information to establish a contact via SKYPE.

The first consultation is free.

If you decide to go further, you can use check or bank transfer.

(You can consult my code of conduct in the contact section of the site).

Psycho genealogy in the holistic naturopathy

A scientific approach in this field, it is developed with the Hungarian psychiatrist Ivan Boszormenyi-Nagy and his concept of “invisible family honesty”.

According to this approach, each family is in balance and psychophysical health, as long as the morals concepts of justice and equity apply and dominate in its centre. If, because of non application of these positive emotions and these rules of good direction, appears in the family negative emotions such hatred, rancor, and driven back anger, they create themselves the conditions for the appearance of a series of problems in its future generations, producing not only serious illnesses, but astonishing thing, also accidents. According to these studies, there would be as a kind of “large family book of accounts” trans-generationnelly unknown of the descendants because unconscious. Professor Anne Ancelin Schützenberger of the University of Nice and the psychoanalysts Nicolas Abraham and Maria Török, also worked on the trans-générationnel approach, and on the fact that an unquestionable numbers of disorders of health, can find their origin in conflicts or traumatic secret vents, lived by an ancestor of the sick subject. This ancestor, would not have digested in his mind his suffering (whatever his origin) and would have transmitted it in to the form of “psychological crypt” to the following generations. This working hypothesis is thus based on the existence of a “trans-générationnel family phantom”, which would be expressed through future generations.

Hygienism in the holistic naturopathy

Hygienism, it is one of the facets of the art of living in harmony with the laws and the elements of nature (ground, air, water, sun). This art, applied in the field of health, encourages us with well knowing our food for better using them. While cooking with less that 100 °C our fruits and our vegetables for example, we will preserve the vitamins and the enzymes which compose them, and which are very useful for our health. From 1820, the fundamental principles of vital hygiene were stated by the pioneers of this art of living: Doctor Isaac Jennings, Sylvester Graham, Russel Trall, George H. Taylor, Herbert Shelton.

Among these pioneers, Doctor Shelton occupies a dominating place. It developed the dissociated food therapy, a very effective technique to lose and remain in good health. Hygienism, teaches us quite simply that by removing the causes of a disorder of health, the effect of this disorder will disappear! My knowledges and hygienists practices are based on the work of: Herbert Shelton, Gaston Durville, Paul Carton, Manuel Lezaeta Acharan, Romolo Mantovani, Luigi Costacurta. 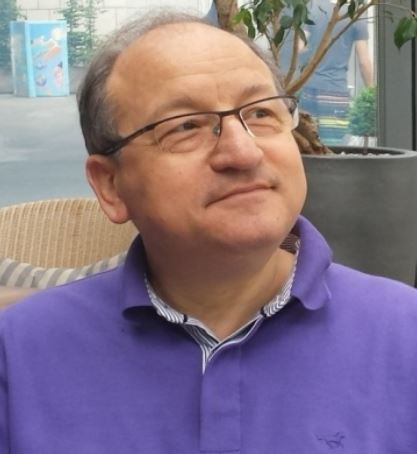